The work activities at Amathounta ancient port, as part of the Interreg EU project ΑνΔιΚαT (https://andikat.eu/), have been subject to discussion and scrutiny over the recent months, and as MER we feel obligated to state our opinion and role in the matter. 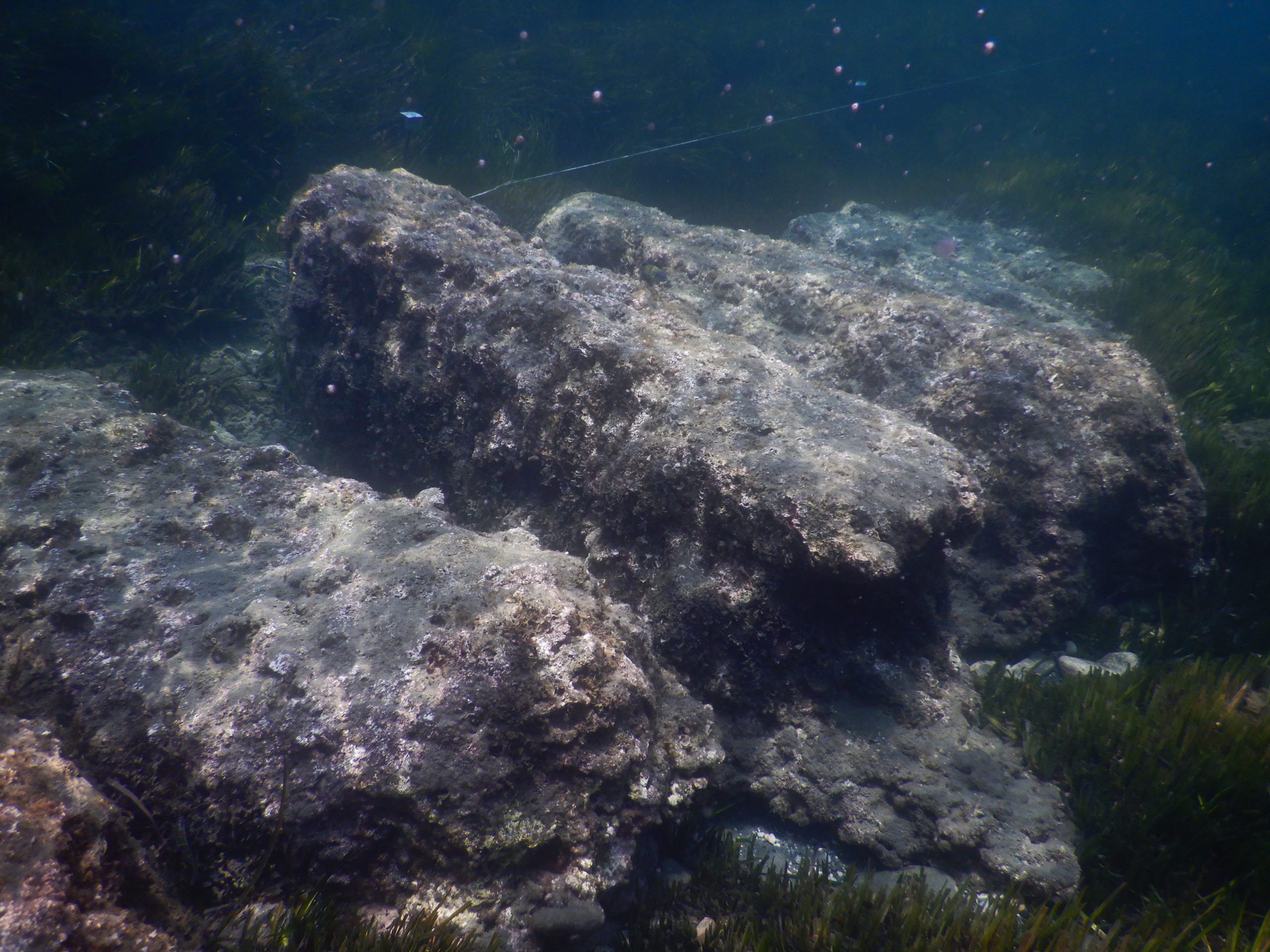 and officials on the idea and explained the importance of priority Posidonia oceanica habitat, highlighting its benefits for the wider ecosystem but also for Limassol bay. The P. oceanicameadow at Amathounta ancient port area is the last seagrass meadow within Limassol Bay remaining at shallow depths below 5 m. The project proposed the cropping and uprooting of a small fraction of the P. oceanica meadow around the wavebreakers of the ancient port and clearing all other macroalgae growths on the archaeological ruins (ancient mole rocks).

Facing climate change, P. oceanica importance is significant due to its ability to regulate the climate by trapping carbon within its tissues, particularly within its matte; as the seagrass species with the highest carbon burial rates, it can form seagrass meadows with humongous carbon storing potential. O 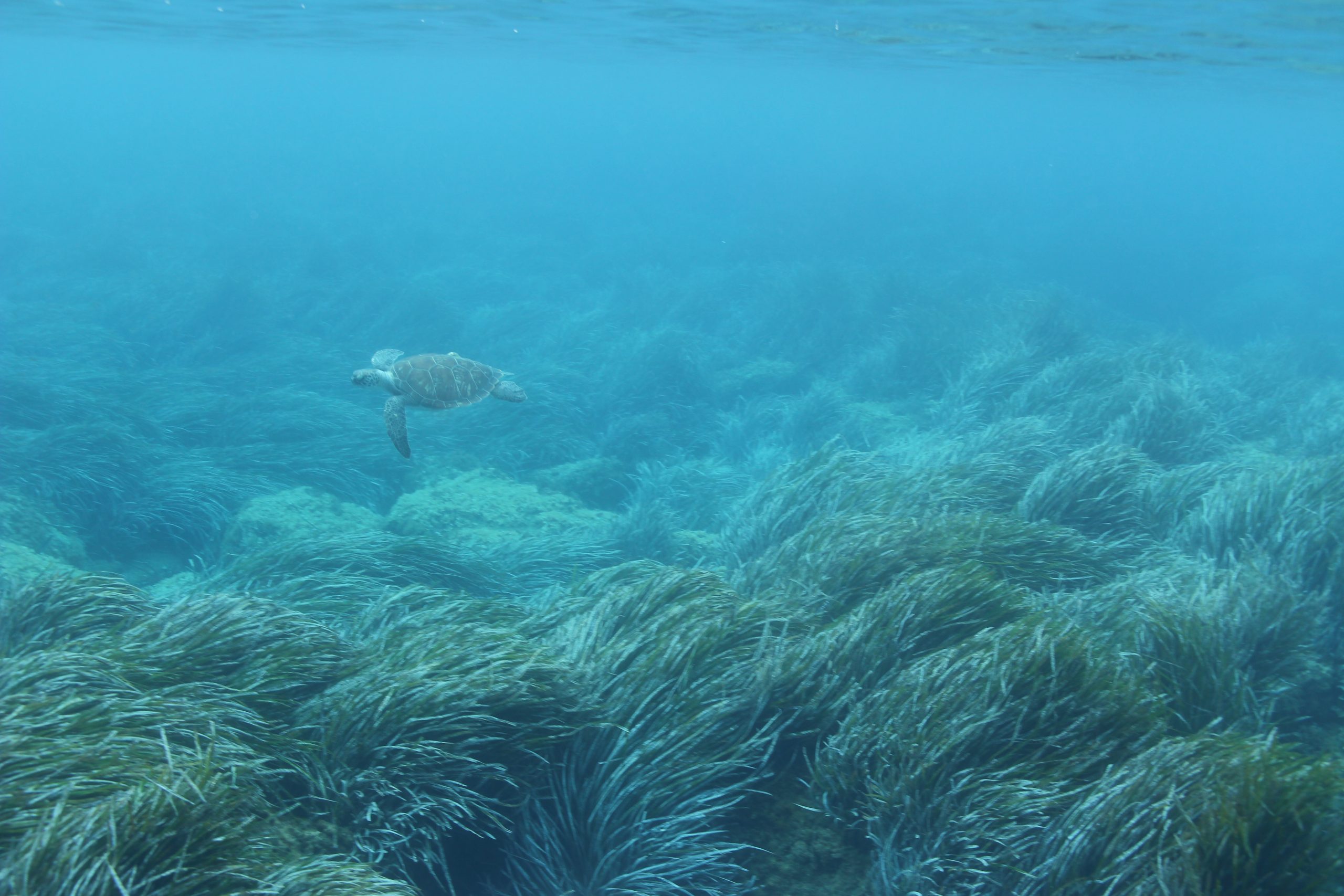 ther ecosystem services provided by P. oceanica include purification of the water through filtration, protection of coastlines from erosion by absorbing the energy of waves and currents alongside stabilising sediments along the seabed and recycling nutrients. P. oceanica meadows provide complex habitat for a diverse community of fauna, from juveniles to adults, notably providing a source of food, nursery and spawning grounds. The healthy seagrass in the shallow depths where productivity is higher, provide a habitat for protected, endangered, and commercial species, and create a “biodiversity oasis” with spillover effects to the surrounding areas.

Many organizations and stakeholders reacted and attempted to convince authorities to abort actions that could damage the seagrass meadows of Amathounta, but the project was approved to proceed. It was our belief that by getting involved and being on the front line, we could apply good practices to mitigate impacts and avoid extensive damage to the P. oceanica meadow surrounding the ancient port. 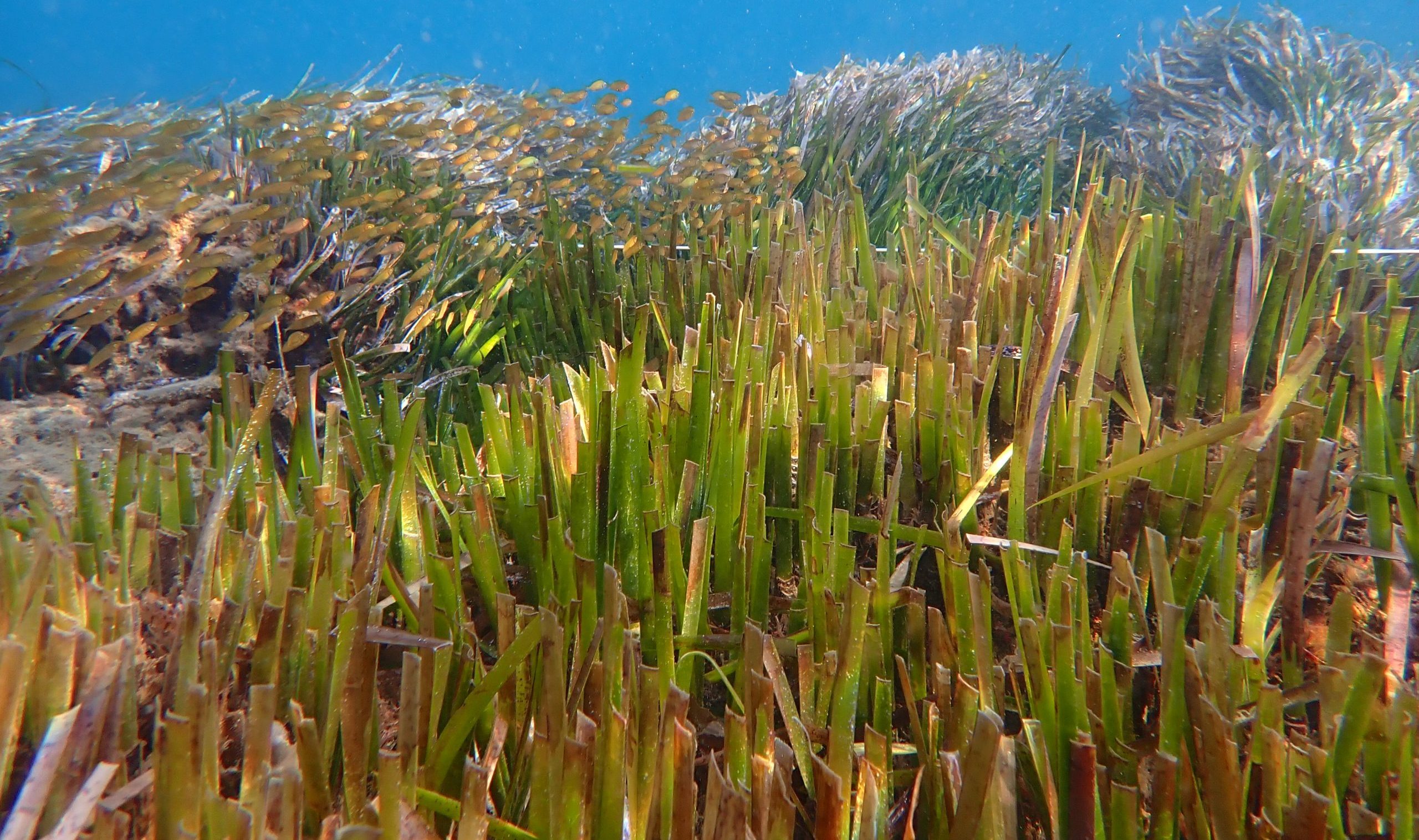 Our participation to this project has enabled us to avoid any damage caused to the P. oceanica meadow as a result of repetitive anchorage and reckless trimming techniques. Carefully trimming the leaves short and leaving sufficient distance from vital parts of the leaf such as the petiole, means that the seagrass can recover, and that overall seagrass mortality will be minimised. As more area was trimmed and the objectives were met, we agreed with the project coordinators to uproot much less surface area, which is a much more destructive technique than trimming. 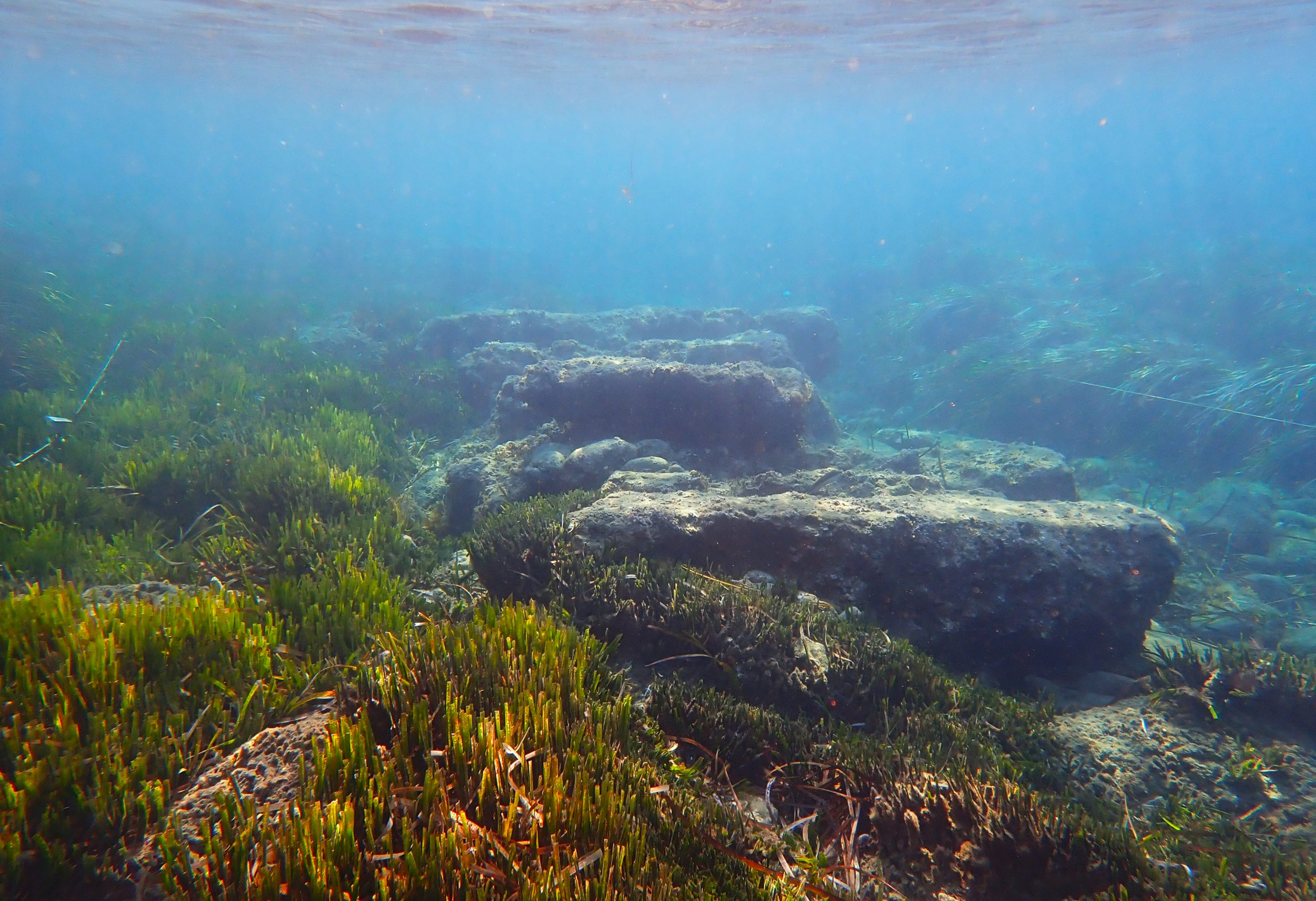 In addition to that, we took the initiative to voluntarily transplant all the P. oceanica shoots that were uprooted. Thus, it is our strong belief that we have succeeded in our main objective which was to mitigate any unnecessary adverse impacts to the protected seagrass meadows. Only a small fraction of the seagrasses around Amathounta ruins were trimmed (full recovery in due time is anticipated), very small quantities that were uprooted were all transplanted. Different methods were used for our transplantation experiments and we will voluntarily monitor their efficiency over the years. This long-term monitoring will allow us to assess the growth and mortality of P. oceanica shoots and obtain essential information on whether our transplantation methods can be used for future large-scale restoration projects. 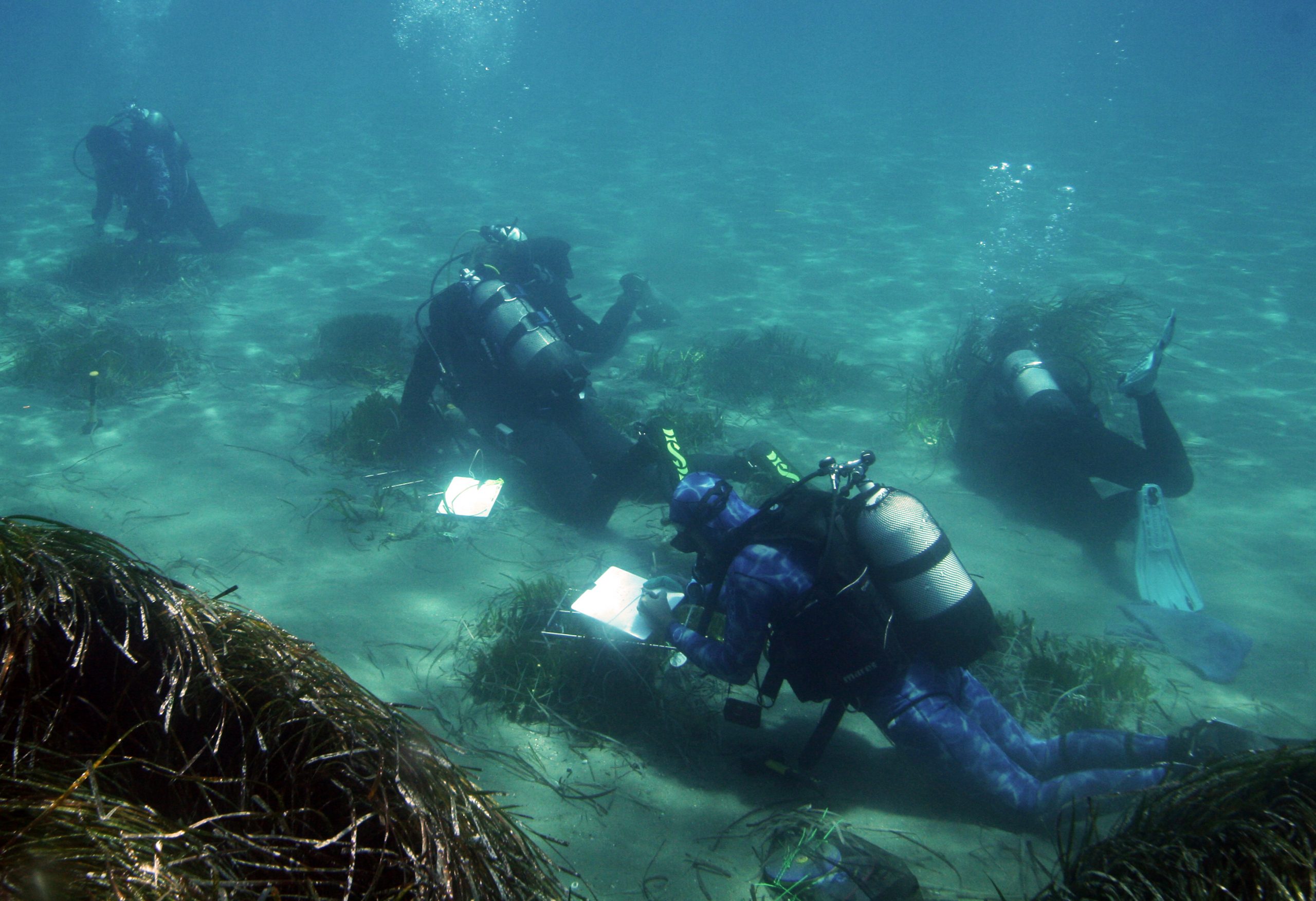 We would like to thank the archaeological team of the University of Cyprus for the excellent collaboration and support throughout this project, for our engaging conversations and for their efforts towards marine environmental and archaeological/cultural sustainability and conservation.

Watch our latest video with some of the P. oceanica transplantation efforts in our YouTube channel.