Project Description:
Monitoring of Biological Quality Elements in the natural lakes of Cyprus started in 2014 and lasted 3 years, in the framework of two Contracts issued by the Water Development Department (WDD): YY 06/2013 (for 2014 and 2015) and YY 02/2016D (for 2016) that were implemented by MER Lab.

For the period 2017-2018, WDD was monitoring several sampling stations in each natural lake for describing the hydromorphological, physicochemical and biological parameters. All the collected data as well as background information (for years 2014 – 2016), were used for the assessment of the ecological status of natural lakes, according to the Water Framework Directive 2000/60/EC.

The Contract Scope of the project was:

The contract included 5 deliverables describing the surveys and the zooplankton community in natural lakes and coastal marine waters around the island of Cyprus. A total of 34 and 95 zooplankton taxa were identified in the lakes and marine samples, respectively. Background data on marine zooplankton were absent and were collected for the first time as part of this tender. Comprehensive reports were submitted that included photographs of all zooplankton species identified, tables and figures presenting zooplankton species abundance, biomass and several indices and ratios. Statistical analyses were conducted to detect if there were any differences and associations of the zooplankton community with the physical and chemical variables. 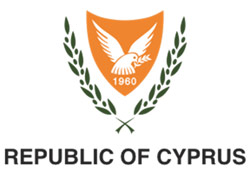