Marine & Environmental Research Lab was contracted to provide the marine-related environmental services for the “Jetty construction for permanent mooring and construction and operations of Floating Storage and Regasification Unit (FSRU) for Liquified Natural Gas (LNG) and supporting terrestrial infrastructure”.

The proposed project is located within Vasiliko Bay, 35 km west of Larnaca. The new jetty along with the Floating Storage and Regasification Unit (FSRU) for Liquified Natura Gas (LNG) will be located east of Vasiliko Powerplant (AHK) and west of the existing jetty and crude oil storage of the VVT Vasiliko Ltd (VTTV). The jetty/trestle will be 1.188 m in length, 14 m in width and will service the FSRU with a volume of 160,000 m3.

To comply with the Environmental Impact Assessment a series of Environmental Baseline Surveys (EBS) were performed in the study area of the proposed jetty construction. These services included a review of existing information on the marine area (biotic/abiotic), sampling design, sampling collection, data analysis and results, proposal of mitigation measures and monitoring scheme for the construction and operation phase of the project.

Specifically, the following activities were carried out: 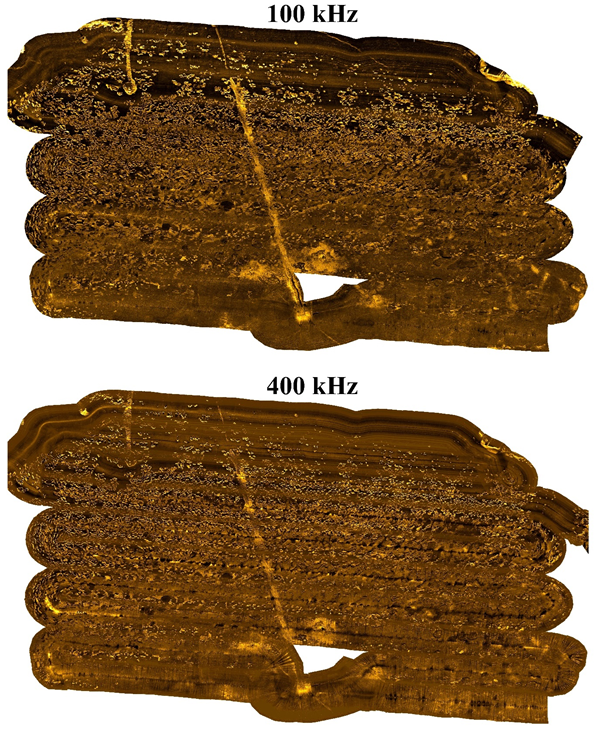 The mapping was implemented in many phases and included surveys with acoustic (side scan), point-dives, confirmation dives, and use of a tow/drop-down camera. Focus was given to the borehole locations and the jetty area. Habitat maps were processed and produced using GIS software.

The species richness and marine biodiversity of the area was monitored by visual census surveys. The data were complemented by literature review and existing data from the grey literature. Species were separated in taxonomical and functional groups, and analysed.

Sediment samples were collected using a KC Denmark Van Veen from different locations of the study area. Macrofauna was sorted and analysed, and the biological index BENTIX was applied. Macroalgae were analysed from shallow stations established around the study area. The biological index EEI was applied. For the seagrass (P. oceanica), stations were established at 15 m depth and the biological index PREI was applied. In addition, we established permanent monitoring stations (quadrats of 0.16 m2) in selected locations to be used for evaluation of the impacts from the infrastructure and operation of the project. A total of 36 permanent quadrats were placed in various depths and baseline data were collected such as shoot counts, rhizome exposure, and concentration of chemicals in the leaves (e.g. C, N, heavy metals). 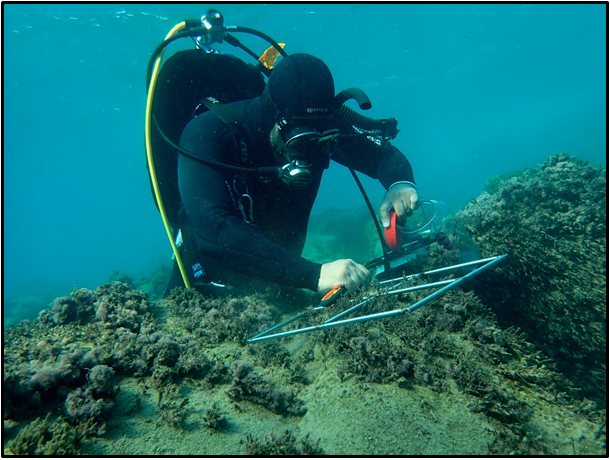 A Van Dorm sampler was used to collect water samples at discrete depths and selected locations of the project. The samples were transferred to a laboratory for analyses of selected chemical elements.

The potential impacts from the construction of the jetty on the protected seagrass P. oceanica were evaluated using standardized protocols. In addition, a monitoring and a mitigation plan was delivered that proposed measures that could be used to monitor, react, and reduce impacts to the the P. oceanica by the construction phase of the project.

The project construction is expected to cause resuspension of sediment with consequences to the surrounding ecosystems. The potential effects from the suspended solids were evaluated, and ways on how to manage/minimize the impacts were proposed.

Last, a comprehensive monitoring protocol of the study area for during construction but also during usage of the jetty and pipeline was developed.