Evaluating the attitudes of common people towards sharks – Completed 2018
PrevNext

The aim of the  study was to assess the attitude of the public towards sharks and investigate differences between regions and countries. The online questionnaire, completely anonymous, was composed by three parts. The first part  constituted by some demographic and general information of the responders. The second part included 13 statements used to measure the attitude of the responder towards sharks. The 13 statements used are based on the classic study of S.J. Kellert (1996), in which he describes the attitudinal dimensions towards wildlife. The third part aimed at evaluating the knowledge of the responder towards sharks, and will be used to analyse how knowledge can affect the attitude. The questionnaire was translated in several languages with the goal to collect as many answers as possible from all over the world, from people of different educational levels, different ages (10-60+) and different backgrounds.

Some results of the survey were presented in the 21st Annual European Elasmobranch Association Meeting in Amsterdam (Netherlands) in the poster below. 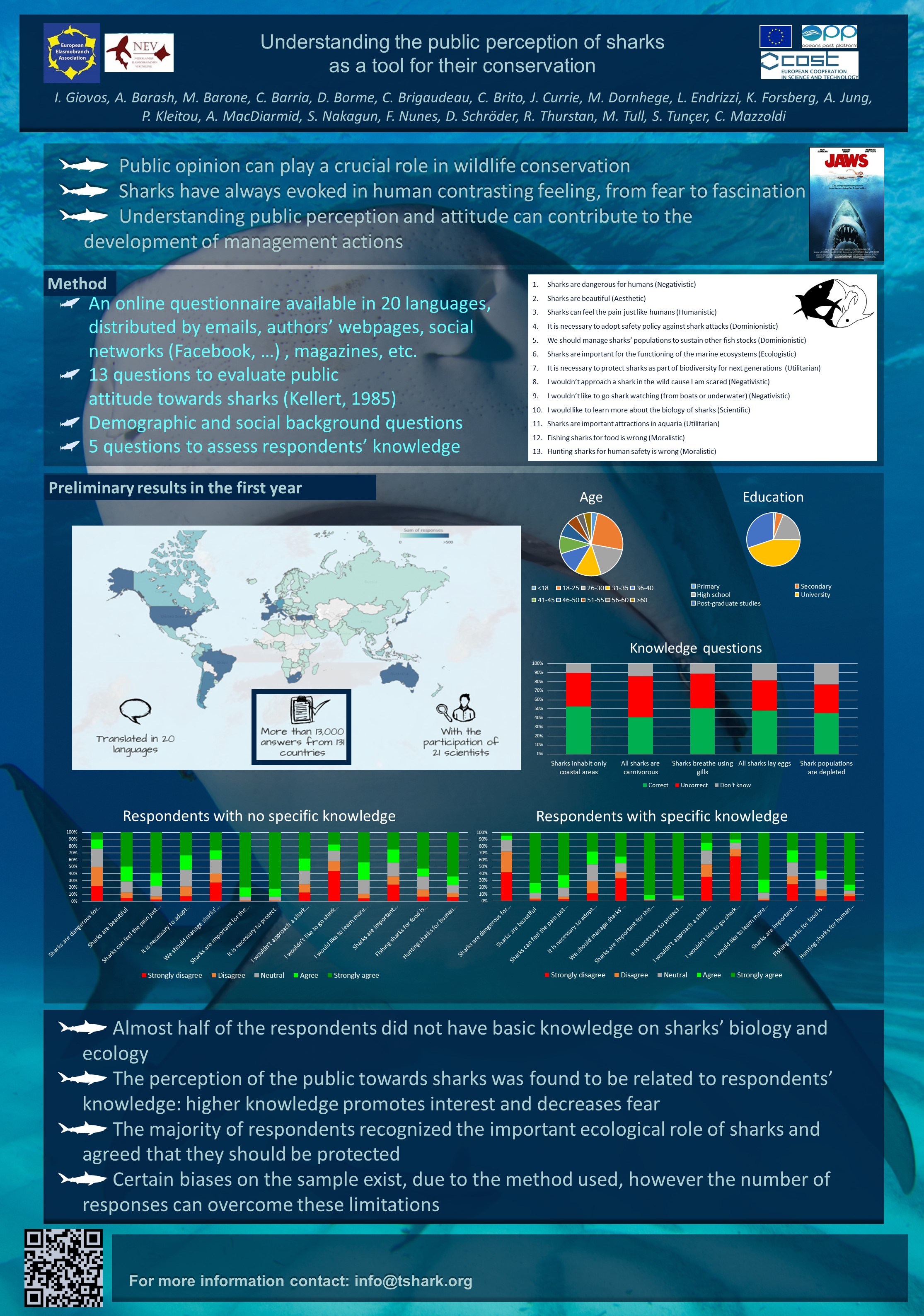