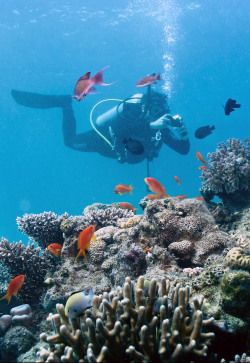 He is an enthusiastic Biologist always seeking to deepen his knowledge on environmental issues concerning marine coastal systems at local scales for the implementation of rigorous conservation actions through appropriate methodological approaches.

During his undergraduate program, he volunteered in cetacean research in Conservación Información y Estudio sobre Cetáceos in the Strait of Gibraltar, Spain and Cetacean Research and Rescue Unit in Moray Firth, Scotland. After completing his bachelor’s degree, he worked in Archipelagos Institute of Marine Conservation, Samos Island, where he carried out a preliminary assessment of Lipsi Island’s fish stocks (Dodecanese), as well as undertaking research on the impact of alien (lessepsian) marine flora on the seagrass Posidonia oceanica and

As part of his master’s degree, he worked in Tjärnö Marine Biological Laboratory (Sweden), CCMAR (Portugal) and IMEDEA (Mallorca) on research that examined the long-term changes in soft-bottom communities in Idefjord, the ocean acidification effects on the seagrass Cymodocea nodosa, and the impacts of seawater warming on the ecophysiology of Mediterranean marine flora, respectively.